When it comes to consolidation, the types of loans you have matters, but most federal loans, including Stafford, Perkins, Direct Plus and Supplemental loans, can be consolidated with other federal loans. One major advantage of federal consolidation loans is that borrowers don’t need a stellar credit score to qualify and they’ll always get a fixed interest rate, usually at or below the current weighted average rate they are currently paying. Regardless of how the market fluctuates, borrowers will never pay more interest or be assigned a higher rate than what they are presently paying cumulatively on their current loans.

The United States produces more college graduates than any other nation in the world, yet the overwhelming majority of these graduates finish their education with student loan debt. Over 70 percent of undergraduates who completed a four-year program had student loans to repay. The average debt was nearly $29,500 in 2014, compared with close to $23,500 in 2008. This debt load is especially burdensome for graduates who go to work in public service professions, like teaching or law enforcement. While these professions are vital to the welfare of the American public, they sometimes can leave borrowers out to dry when trying to cover large monthly loan payments. How can today’s college students pursue their academic dreams without compromising their future financial stability? In 2010, President Barack Obama took a step forward in student loan reform by signing the Health Care and Education Reconciliation Act. The student loan initiatives included in this new law are now informally known as the “Obama Student Loan Forgiveness” plan. As of 2014, Americans enrolling in college can now benefit from expanded repayment plans and more generous repayment terms. The ultimate goal of Obama’s student loan reform is to place an affordable college education within the reach of more Americans.

Here are some of the changes that were made by President Obama:

In this program, there are many benefits that a borrower can take advantage of.  The borrower has the ability to consolidate all of their federal student loans into one new loan, and in that consolidated loan, the borrower is able to choose a qualifying repayment plan that is affordable.

Standard repayment is simple: You pay the same amount each month for 10 years. On this plan, the total amount of interest you have to pay will generally be lowest, too—so, if you can afford the monthly payments, it’s generally the best overall deal.

Standard repayment is the default plan borrowers are generally automatically enrolled in by the Department of Education upon entering repayment, unless you request a different one.

Extended repayment is useful if you need more time to repay your loan. It reduces the amount you owe each month, but you’ll make payments over a longer period of time.

Extended repayment is helpful if you don’t qualify for other payment plans based on your income but still need to pay less each month. Also, this option is only available for borrowers who owe more than $30,000 overall in federal loans.

Over the long term, extended repayment will cost you more than standard repayment,because under this plan, interest has more time to build up on your loan

Graduated repayment allows you to pay lower monthly payments initially when compared with the Standard program above; however, the payments in this program will gradually increase every 2-4 years.

This option is helpful if you are just starting out and expect to earn more money as time goes on. However, graduated repayment will likely cost you more than standard repayment over time. This is because, under the Graduated repayment, your interest continues to grow on a larger unpaid portion of your loan balance initially, thus increasing the overall amount that would be paid back.

Income-based repayment (IBR) determines how much you pay each month by calculating your income and family size. The balance of the loan and interest rate are not used in calculating the monthly payment. Based on these factors, and your monthly loan payment amount, you may qualify for partial financial hardship. If you do, your payments are reduced to no more than 15% of your discretionary income.

Additionally, this program allows for forgiveness on the unpaid interest for the first 3 years on the subsidized portion of the consolidated loans. This program is especially beneficial to those suffering from greater financial hardship under the federal guidelines and do not foresee any or very minimal pay or wage increases over time.

After 25 years of repayment or 300 eligible payments in an IBR program, whatever is left of your loan may be forgiven! Just don’t forget that this amount can be taxable.

Pay As You Earn

Pay As You Earn or PAYE is another repayment plan that was passed by President Obama in December 2012 and is similar to the IBR program in that applicants must demonstrate “partial financial hardship” as dictated by the DOE. This program has lower monthly obligations (10% of discretionary income versus 15% in an IBR), and it forgives your unpaid loans sooner (20 years). However, the stipulations are more stringent and it is harder to qualify for as there are imposed restrictions that require specific loan types that were disbursed during certain time periods.

Income-contingent repayment (ICR) determines your monthly federal student loan payment amount based on calculations that consider several factors, including your family size, your family’s income, and your total amount of Direct Loan debt. This program is especially beneficial if borrowers are suffering a financial hardship where they need relief AND they do not foresee having higher income in the future, thus allowing for partial loan forgiveness at the end of the term.

After 25 years of repayment and 300 eligible payments in ICR, whatever is left of your loan can be forgiven! 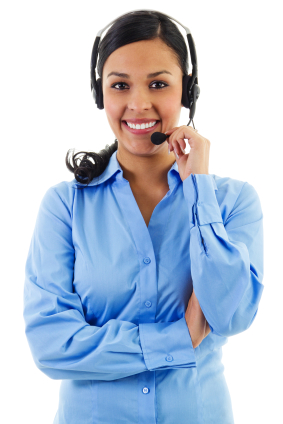 How Elite Student Solutions can help:

Advice on both federal and private loan repayment options